The PT inventory consists of 75 designations that have been assigned numbers 1 through 112, with 65 unused numbers in the sequence and many duplicates. The unused inventory numbers include 51 through 109. Each PT inventory number is followed by the sub-designation for the language of the text (Gr. for Greek, Ar. for Arabic, Ct. for Coptic), for example “PT Inv. Gr. 1.” The PT Inventory are almost all stored in acid-free paper (59 folders), but there are also three poly(methyl methacrylate) (PMMA) frames and 12 glass frames. The PT inventory designations vary significantly in their preservation conditions and dates: they are predominantly Ptolemaic mummy cartonnage, but there are also Coptic fragments and one Arabic letter.

The PT collection was personally acquired by Samuel, who said that he purchased it from papyrus dealer(s) in Egypt during his time at Yale University. The name(s) of the dealer(s) have not been recorded alongside the holdings, and all that is known is that the related papyri acquired by Yale University in 1965 came “from a dealer across from the Egyptian Museum in Cairo.” It is to be suspected that the PT pieces also come from this dealer. As a result, the provenances of the PT inventory papyri are extremely uncertain.

With thanks to Clare E. Barker for preparing this collection description. 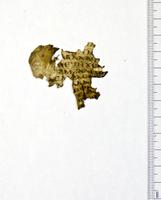 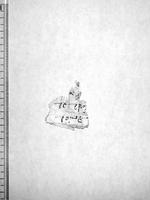